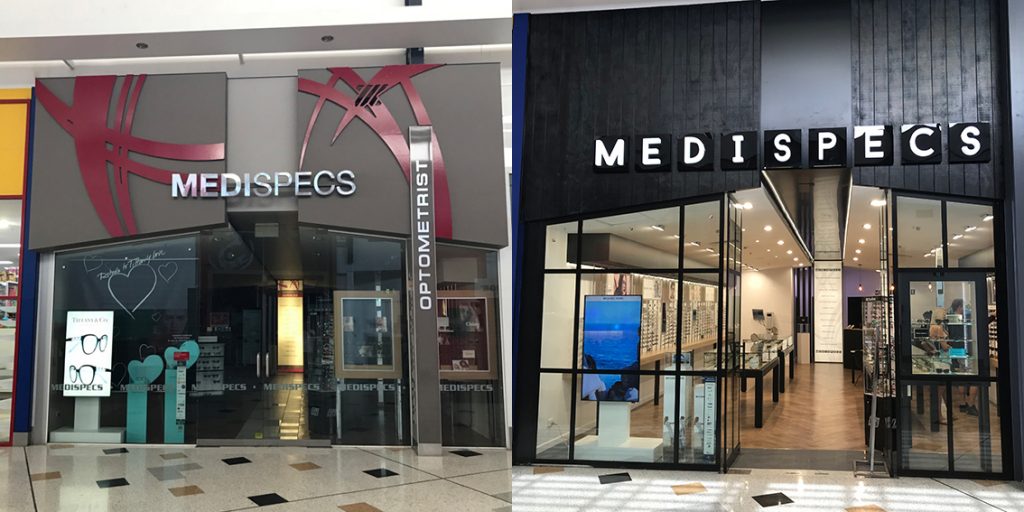 Before The Retail Design Facelift

Medispecs at Robina Town Centre has been operating for about 15 years. There lease was soon up again for renewal and as part of the shopping centre landlord’s agreement was that the shop had to be given a facelift/refurbishment. It had been given a small facelift 5 years prior but it was time for a major visual overhaul.

Before: The existing store was in need of a facelift. It was cluttered and tired looking.

Before: The supplier’s floor stands created a sea of clutter. There was no cohesion with each stand being different from the other.

Before: With a few crucial changes the shop was transformed. See the next images.

After The Facelift Retail Design

The tenant had a tight budget that didn’t match what the Centre’s expectations were so we had to be clever. The shopping centre landlord expected a major refurbishment and instead we managed to design a ‘facelift’ that totally transformed the space so it looked like a major refurbishment. Through a clever use of colours, finishes and de-cluttering the shop has taken on a fresh new life. The store was previously cluttered with an array of supplier floor stands and the shopfront looked dated. 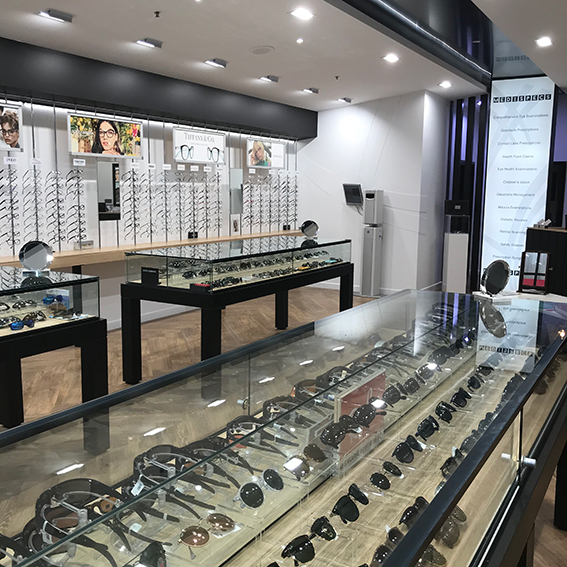 Simplifying the colour scheme to black and white and a neutral natural tone ensured that the product could become the hero of the store.

Sometimes it is necessary to be brutal and not too precious when performing a facelift design. Often tenants over the years ‘accumulate’ a lot of ‘stuff’. This physical and visual clutter stands in the way of their customers getting a good and lasting impression of their business. Removing the sea of supplier stands became a priority and other clutter. 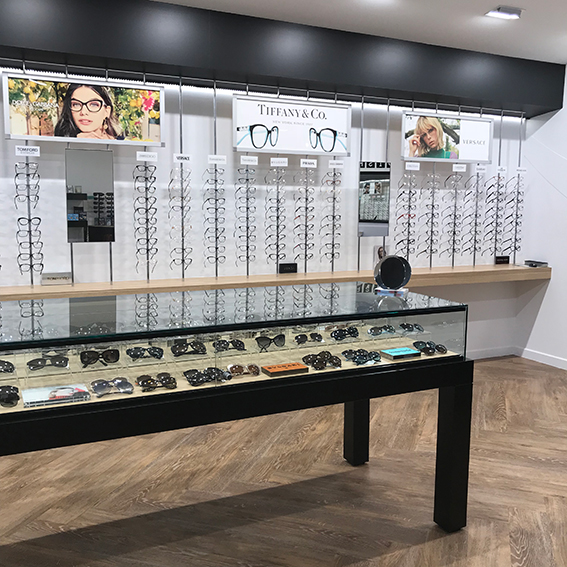 Consistency in the floor displays helped to remove the visual clutter allowing customers to focus on the product.

Next, a clean and contemporary no nonsense black and white scheme was adopted. Combined with a natural timber, this had the effect of modernising the optometry practice and also giving it a classy and sophisticated new branding (without the price tag).

The shopfront was retained and ‘dressed up’. The existing fascia was covered over by stained ply paneling. Black powdercoated resin panels clad over the existing shopfront and ceiling mirror panels. Cladding to the existing vertical steel beam was removed exposing the beam. New shopfront signage was manufactured and installed.  The shopfront was given a luxury brand makeover simply by adding black powder coated aluminium stripping to the glazing and painting the existing displays black. 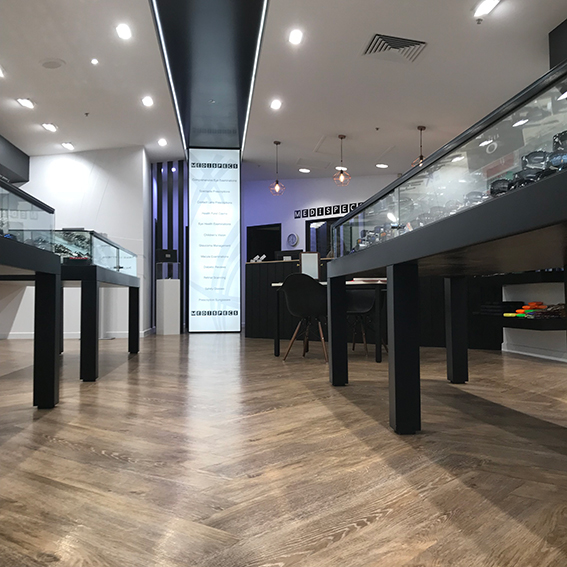 The floor finishes were simplified. Timber look vinyl flooring was installed and a band of slate tiles at the threshold. 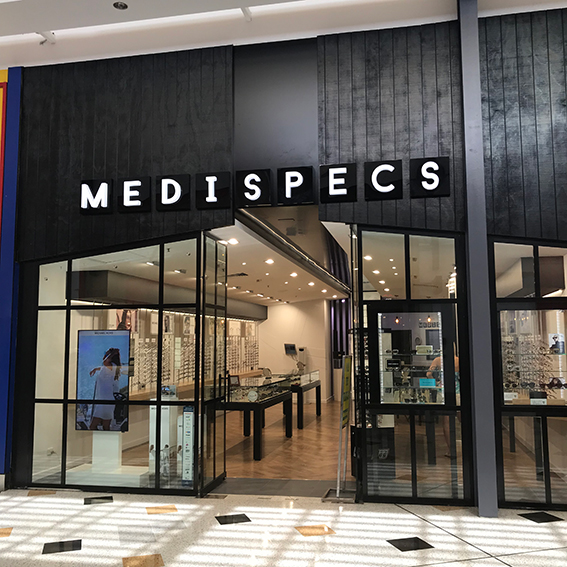 The contrast and re-branding was as stark as black and white…literally. Smart design can transform your business and the way that your customers perceive it and decide to spend with you or not. First impressions definitely do count.

Dedicated To Getting It Right