Designing Together With Nature 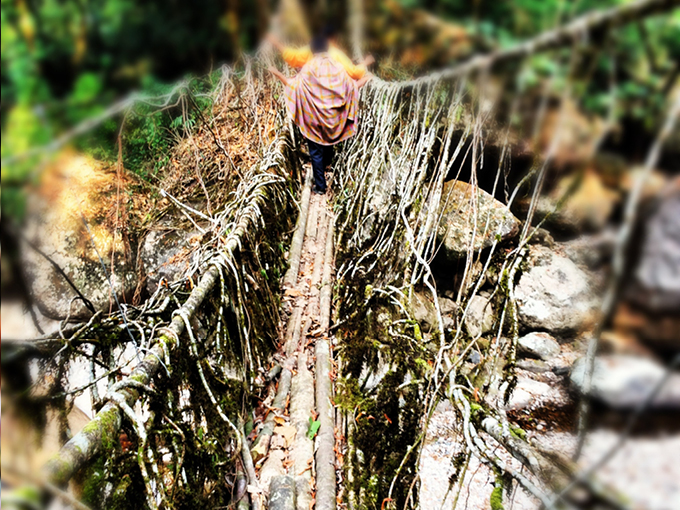 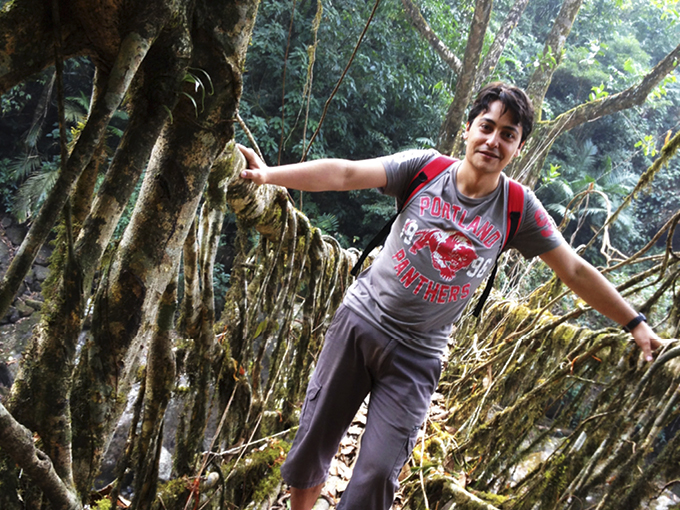 Abode of the Clouds

Recently, we were fortunate enough to take a little break that saw us travel through Bangladesh and northeast India. Upon crossing the border from Bangladesh into northeast India we headed for Shillong, the capital of the indian state Meghalaya. Meghalaya, means ‘abode of the clouds’ and we then headed down to Cherrupunjee, which is reputed to be the wettest place on earth. We had arrived in the dry season or the northern hemisphere’s winter, so temperatures were comfortable.

The trip from Shillong to Cherrupunjee was very sad, as I had expected to see lush, impenetrable jungle. Instead, the road trip along hairpin bends with steep drops that disappeared in the mist and haze below, overlooked vistas of grassy hills and quarries, a moonscape that told the story of shifting cultivation and greed of a few to plunder the area’s natural resources. Humans have the power to design their own destiny, and in this part of the world, a lifeless barren environment is what remains.

Arriving at the hotel in Cherrupunjee, was a different experience. Cherrupunjee is on the edge of a vast escarpment and below lay the Bangladeshi plains. The escarpment was clad in lush forests which the indigenous people have managed to strike a balance. They understand that the forest provides them with life if they care and look after the earth. 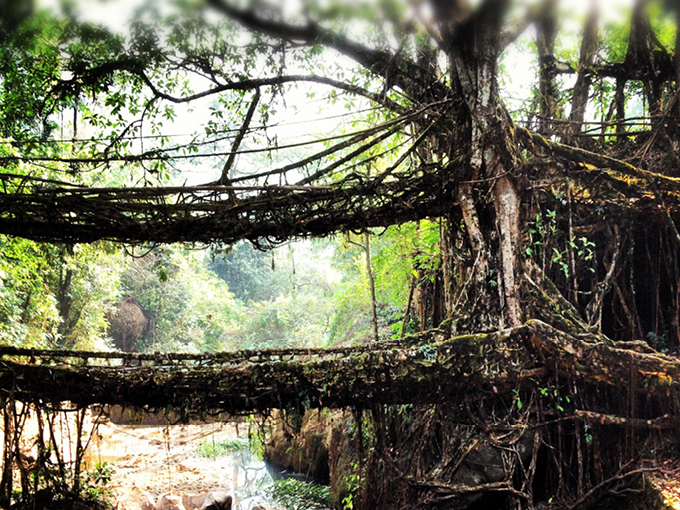 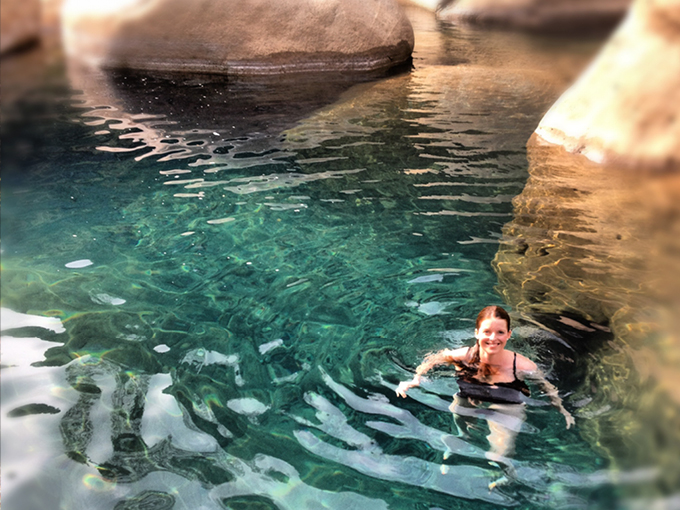 Cherrupunjee’s reputation as the wettest place on earth comes from the fact of its unique geology. The moisture laden monsoon clouds fly across the Bangladeshi plains and meet the Khasi Hills which are around 1450 metres above sea level. The series of gorges help funnel and converge the low flying rain bearing clouds over Cherrupunjee and they condense and release their rain. The average annual rainfall at Cherrupunjee from 1973-2011 is 11,820 mm. In 1974 it had rained 24,555 mm and was the highest ever recorded rainfall in anyone place in any one year in the world. To give you an example of how much rain that is, Sydney gets an average rainfall of only 1217mm, that’s almost 10 times less water than Cherrupunjee.

Designing Together With Nature

Ok, so you get the idea that it is a wet place. Being such a wet place, life thrives in this environment. And the indigenous peoples have been able to harness the rapid plant growth to help them cross swollen creeks and rivers during the wettest parts of the year. We had traveled thousands of miles from Australia to witness the incredible spectacle of living root bridges. The local people had harnessed the growth patterns of the rubber fig, with its secondary roots above the earth’s surface and trained them to cross over chasms. By training and guiding the roots over 40 or so years, they were able to create bridges of great strength.

We walked from early in the morning till the sun began to set, it was an exhausting trip down deep canyons and obviously back up again. We visited 6 living tree bridges, one of which had a double decker bridge traversing the creek.

Design is about solving solutions using the resources that you have available or can get hold of. We are all designers, and we had traveled all this way to witness the incredible ingenuity of humans to utilise  nature in a unique and sustainable way.

Visiting this beautiful place, and swimming in it’s crystal clear rock pools where an array of colourful butterflies land on the moist rocks to drink, we left feeling that maybe there is hope for humans to make better choices, that we have the power and the ingenuity to design our destinies, to include nature in our plans, to tread the earth lightly.

Click Image Below to see a short 10 second video of one of these amazing living tree root bridges of Cherrupunjee.