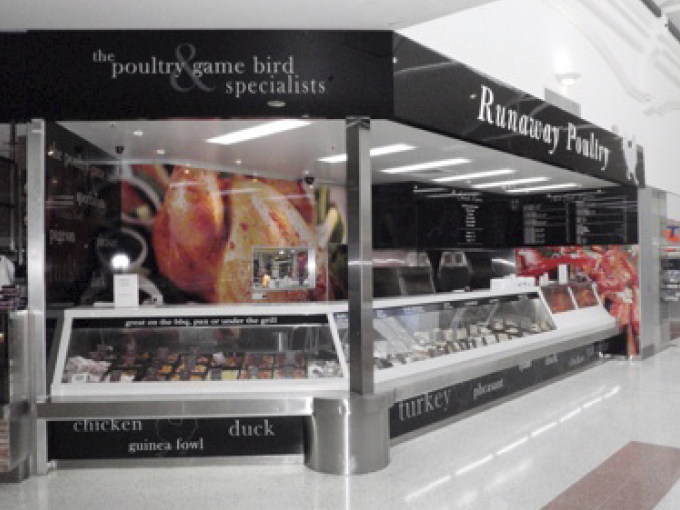 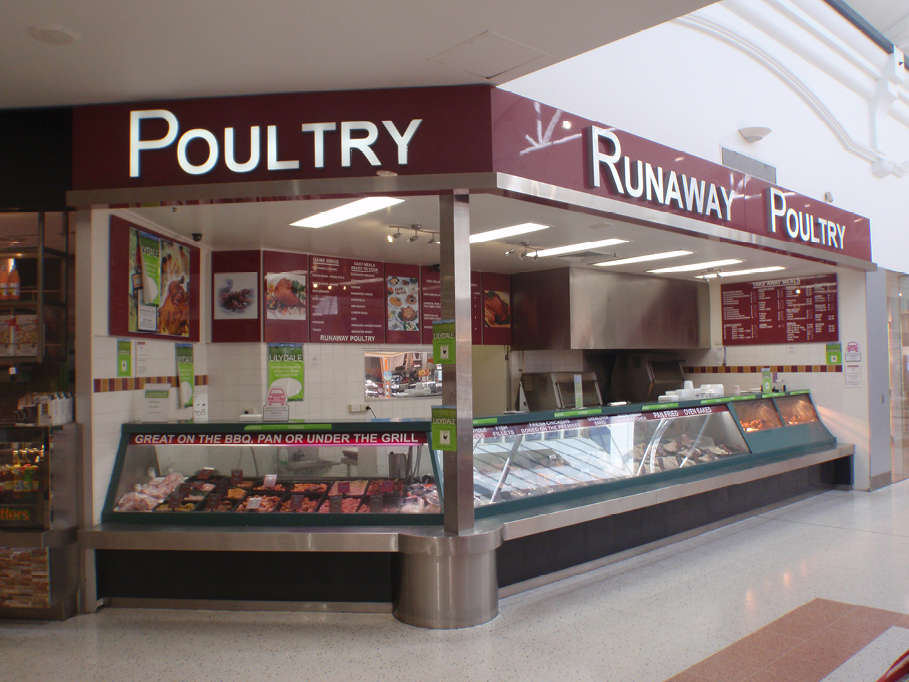 We were approached last year by Peter West, the proprietor of Runaway Poultry at Runaway Bay Shopping Centre to undertake a facelift to his poultry shop. Peter had a thriving business, but with the economic downturn, he was a bit hesitant to plough in  too much cash to refresh his shop as part of his lease renewal. Another issue that arose after consultation with Peter, was that he sold other poultry and game, not sold by other retailers in the centre but was selling very little. We quickly worked out that this was because nobody knew about these lines.

With this in mind we set to work designing the facelift to a tight budget and that included lifting the profile of his business to position him as an expert in his field. We ensured that the layout remained as is, as it was functioning well.

By concentrating on the graphics and finishes we were able to transform the store and highlight his outstanding point of difference as being experts both in the poultry and game business.

We used predominantly black to create this positioning and graphics that reinforced his other lines and the sense that the customers were buying quality products.The before and after images dramatically illustrate what can be achieved with careful design even within a tight budget. 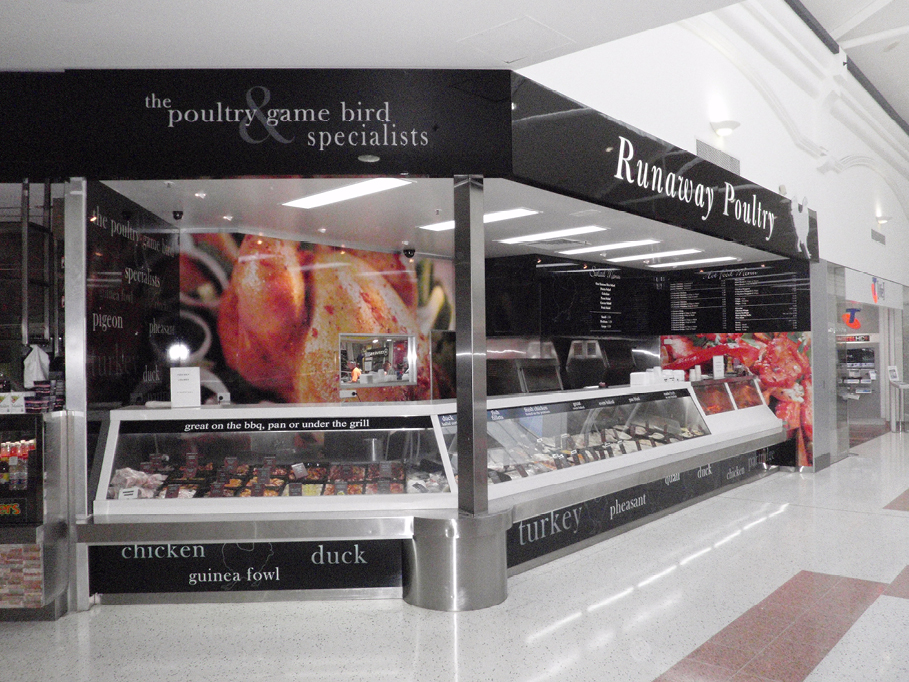 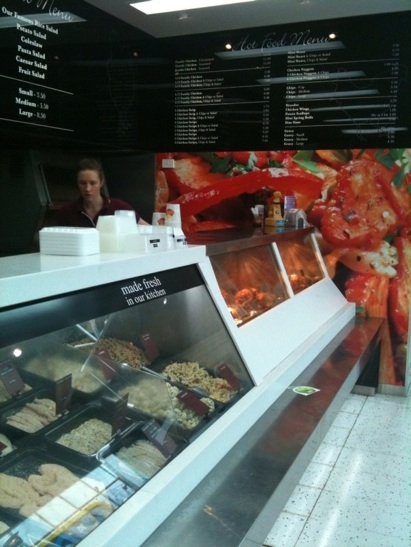 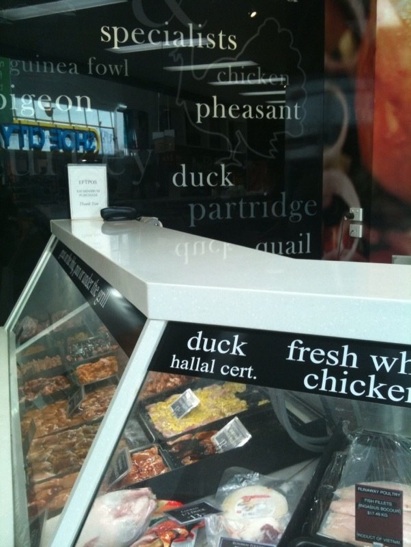 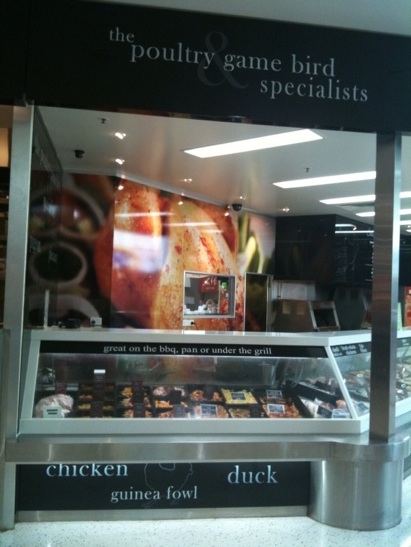 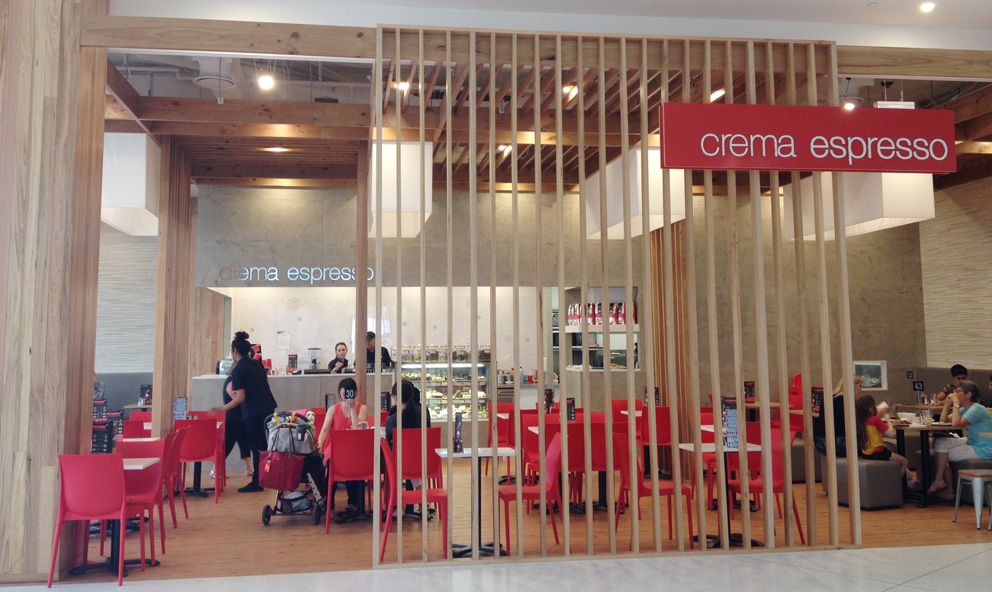 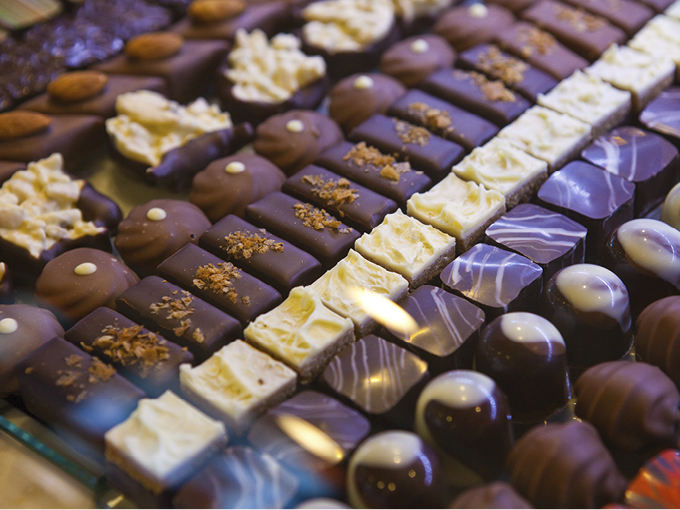 Chocolatto for connoisseurs of fine hand made chocolate and exquisite coffee